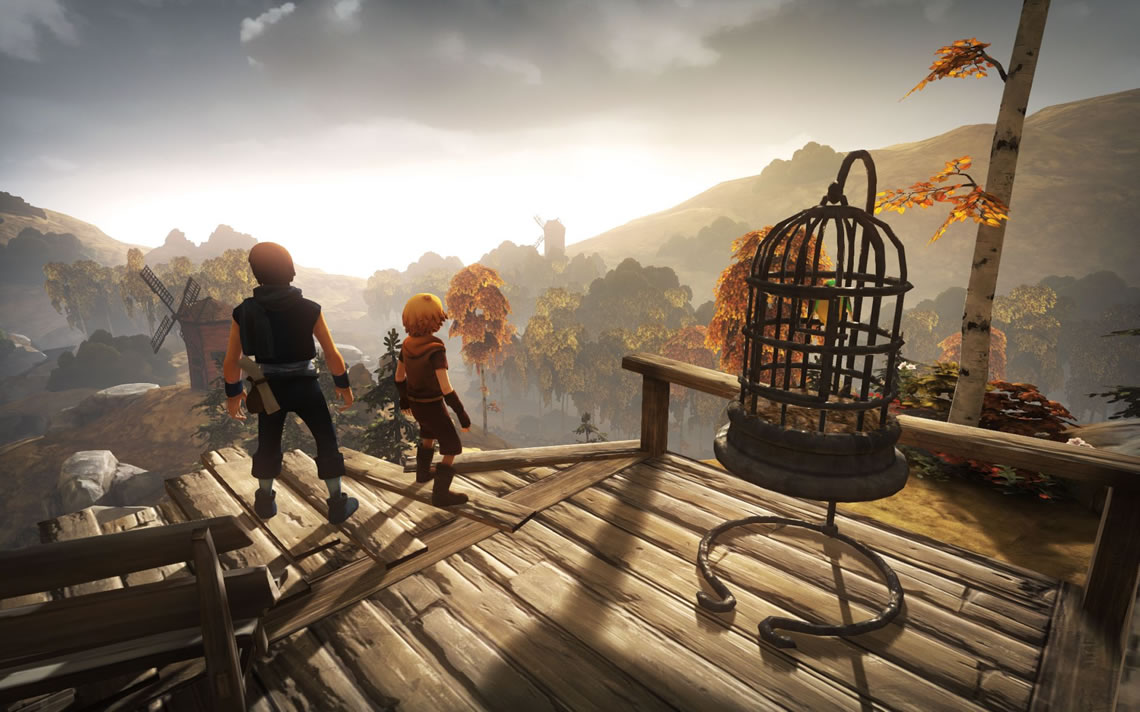 For some time players and developers have been arguing about what is more important to have a good game, the story or the gameplay, but fortunately, every now and then some production manages to unite the two and one of these cases is Brothers: A Tale of Two Sons.

Released only digitally and having been developed by Starbreeze Studios, the Swedish company best known for its first-person shooters, the title was not much commented on by players, who probably imagined it to be just one of many releases, but for all that it has given me, I can safely say that it is one of the most remarkable experiences that a video game has ever given me, starting with its plot.

Without a word being said in a recognizable language throughout the adventure, in it we will accompany two brothers who need to go in search of a medicine for their dying father and along the way we will come across fantastic beings, breathtaking scenarios and a series of challenges and puzzles that will impose some difficulty.

Although it is a rather simple premise and has already been extensively explored in fiction, it is the way the story unfolds that makes it so exciting and, added to the friendship relationship between the two characters, the narrative soon grips the player, making that we want to know what will happen next.

However, the great merit of the people at Starbreeze was knowing how to use the brothers to deliver us an innovative and extremely well-built game mechanic, with the secret being in the use of the two analog joystick levers. That’s because we control both characters at the same time, with the left analog stick being for the bigger brother, while the right one will guide the smaller one and the same goes for the controller’s triggers, which will work as independent action buttons for each of the characters.

Such an approach allowed the developers to implement a series of puzzles, which, if not too difficult, serve to present us with one of the most fun and inventive mechanics of recent years, even playing a key role in the plot at a given moment.

Twins brothers
Having clearly been inspired by Ico, Brothers: A Tale of Two Sons has two characters who need to help each other, beautiful pastel tones, a plot without a written word, a strong dramatic charge and even sales and recognition far below deserved. , unfortunately.

There are still two aspects that Brothers: A Tale of Two Sons never seems to be ashamed of, which is to make us admire its magnificent settings, including offering us benches that are just for that and paying tribute to another excellent game, Ico. Even though it is a bit risky to say this, I would say that the creation of Starbreeze was even able to surpass its source of inspiration, with a more exciting plot and more interesting gameplay.

And about emotion, from the beginning of the adventure it is evident that we will have a journey full of remarkable situations, but even so I would never be prepared for the final sequence of this game. I don’t say this just for the events themselves, but for the way we participated in them and here’s another brilliant idea from the studio, which escaped the common place by not limiting itself to presenting the outcome only in the form of a video, making me cry for having directly participated in the action.

From what I’ve seen, unfortunately the title hasn’t gained the attention it should and many are ignoring it, thus missing out on one of the most beautiful games I’ve ever had the pleasure of facing. Brothers: A Tale of Two Sons is a game about losses, challenges, discoveries and most of all, a lesson in companionship, until the last moment.

When a tutorial amused me more than the game itself