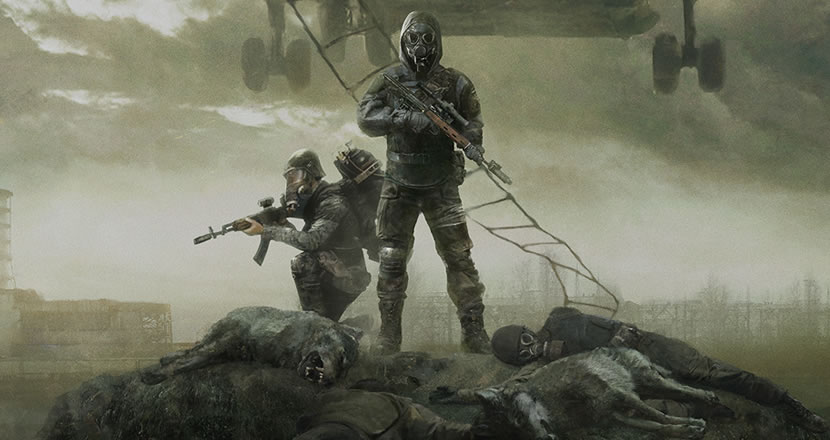 Even with the market being somewhat saturated with battle royale-style games, some companies continue to seek their space in the genre and one of them is Vostok Games. Formed by professionals who created the great STALKER series, about a year ago the studio announced the creation of Fear the Wolves, with its main highlight being the matches located in the Chernobyl region.

Devastated by the nuclear disaster that took place in the 1980s, the region is now the stage for disputes where only the last survivor will have reason to celebrate. But for that he will have to deal with (up to) 99 other people, wolves (and other threats even worse) that are ready to finish us and mainly, with the radiation that will affect the climate and generate deadly anomalies.

With a 25 km² map, the immersion offered is one of the main qualities of Fear the Wolves and another good idea implemented by the developer is the dynamic climate. The difference here is that climate change will happen according to a vote between those who have already been eliminated and this makes each game different from the previous one. Therefore, adapting will be fundamental and constant.

Another detail we’ll learn as soon as we get into the game is the importance of clothing and equipment, such as oxygen tanks and masks. Offering different levels of protection, it will be very important to have the correct equipment to explore certain areas, because at the same time the radioactivity will be intense in certain points, it will be in them that we will find the most powerful items.

But if all that wasn’t enough to make the matches very tense, in the end we’ll still have to run towards a rescue helicopter, the only way to escape the place. The problem is that other survivors will try to do the same, and the decision to run away or try to eliminate the others could make the difference between defeat or a great victory.

The problem is that although the game has improved considerably since its Early Access period, Fear the Wolves remains a recommended title for a few. Visually it doesn’t have great attractions, with the scenarios delivering few details and only the storms deserving praise. Even so, the title can suffer on more modest computers, with the frame rate fluctuating a lot.

However, what has greatly undermined this battle royale is the lack of public interest. For a game where the greatest fun would be a hundred people facing off, seeing the servers practically empty is very disheartening and when I say this I’m not exaggerating. When looking at Fear the Wolves numbers, we noticed that in January the peak of simultaneous players was only 44 and unfortunately this performance was not much different from previous months.

It’s true that in the last 30 days the amount of people playing at the same time has increased by over 370%, most likely because of the release of the final version and the game having gone through a few days of freebies. Still, it has been difficult to find players (at the time of writing this text there were only 15) and there is nothing to indicate that this scenario will change any time soon.

Perhaps the only way out for Vostok Games is to turn their creation into a free game, but with the heavy competition from Fortnite and more recently from Apex Legends, I honestly have doubts if Fear the Wolves will ever take off and if it doesn’t it will be a pity, as the title had potential.

However, we are talking about a game that had as a big difference only its setting and that still made the big mistake of charging for something that other giants are offering for free.