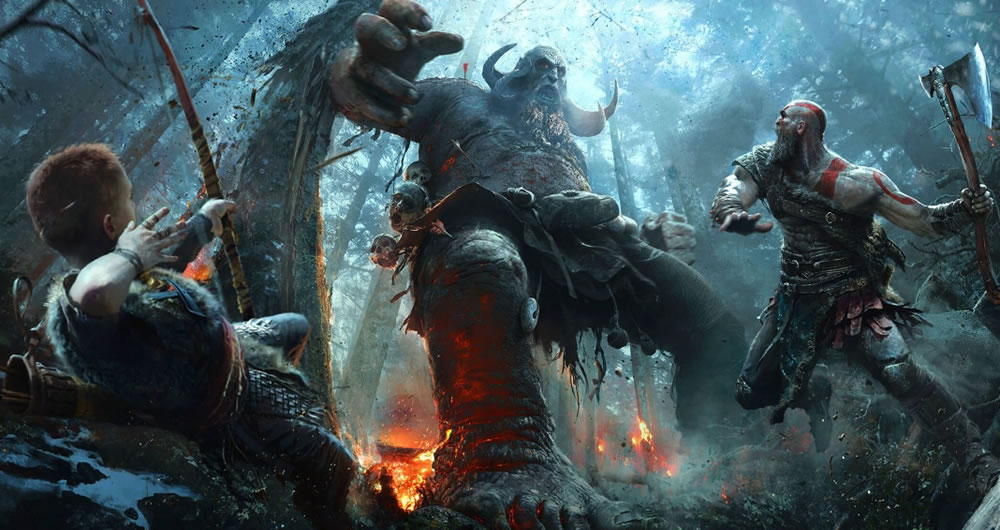 The new God of War is a spectacular game, in every way. A very interesting story, a change from airs mythology that I consider welcome and a gameplay very different from what we had before in the series, but which in my opinion, served to take it to a new level.

Since I started your campaign I’ve been trying to enjoy every moment within the game, advancing unhurriedly and immersing as much as I can in the adventure of Kratos and his son Atreus. However, something had been bothering me a little every time I sat in front of the TV to play: the size of the subtitles and texts present in the game.

Not that the problem is exclusive to this God of War, far from it, but in the case of the Santa Monica Studio game the size of the texts reached the point of becoming irritating, often even forcing me to have to approach the television just to be able to see what was written. In the case of subtitles, there was also the fact that they have virtually no borders, making them illegible in many brighter scenes.

As developers often don’t give a shit about this, probably thinking that all players have lynx eyes, I was facing the game with no expectation that the problem would be resolved, until the following message came from the creators:

“Hi. We have just released a new patch which focuses on the texts for the map, objectives, codex and the resource tab of the menu interface. We will continue to seek further improvements.”

As soon as I heard the news I was very excited, thinking that I would finally have less difficulty reading the texts present in the game, but when I could see what the studio had done, what a disappointment! They’ve actually increased the texts in some parts, but the difference is so small that it probably won’t help many people. I at least thought that the feature didn’t even work, having only been able to notice the increase after seeing the comparisons published by Polygon or GIF below:

What I can’t understand is how difficult it is for companies to implement larger subtitles and texts in their games. It is not possible that anyone within a team formed by tens, sometimes hundreds of people does not warn about something so simple, saying that the size that is there, many people will have serious difficulties to read.

Worst of all, we live in a time when so many industry professionals are celebrating the greater reach of games, with an ever-widening audience falling in love with the media. However, apparently many game designers still think that the bulk of their audience is made up of kids stuffed into a dark basement, playing inches from the TV.

In the case of God of War, I even think it’s commendable that the developers tried to fix the error, including allowing us to put a background on the subtitles, but still I think the result is far from ideal and I keep wondering how long this will continue to happen. Spoiler: Unfortunately I think forever.