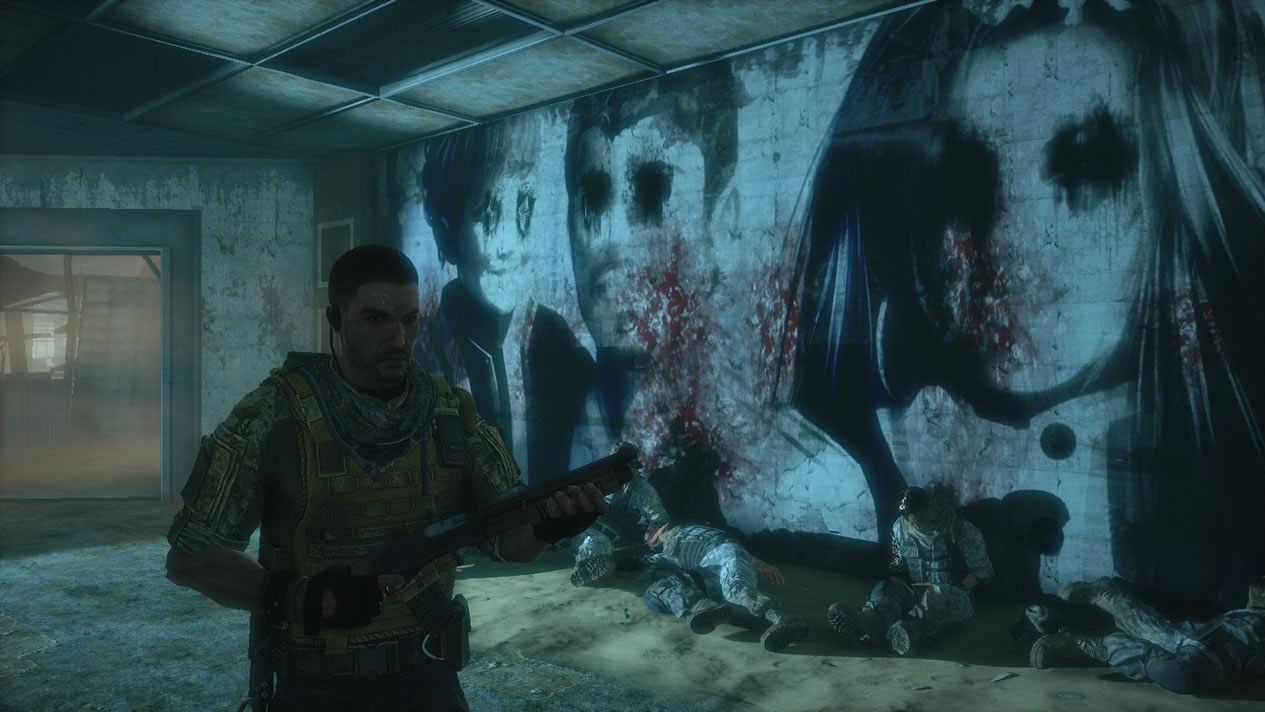 Dubai. The petrodollars allowed man to build an immense and luxurious oasis in the middle of the desert, but nature decided to charge a higher price and practically buried the city with the biggest sandstorm ever recorded.

Then, chaos ensued after the politicians and the more fortunate fled the place in secret and as incredible as it seems, the situation would become even worse with the arrival of the rescue, commanded by Colonel John Konrad and his 33rd battalion, who established the Martial law and the “walls of sand” formed by even more intense storms cut off all communication with the outside.

Five and a half months after the disaster, a radio message ended up being heard by the rest of the world, where Konrad informed that he had tried, without success, to evacuate the survivors, so the US military sent three Delta Force soldiers to carry out the difficult mission to rescue all survivors and find out what happened to the previous team.

Well, that’s where the main campaign of Spec Ops: The Line begins, a title produced by the Germans from Yager Development and that doesn’t shine for bringing some new features to the gameplay of third-person shooters, but for presenting us with a beautiful artistic direction, in addition to of one of the most fantastic narratives of recent years.

punch in the stomach
Spec Ops: The Line is without the slightest doubt one of the most impactful games I’ve ever had the pleasure of knowing.

The great merit of the game lies in the way its plot always leaves us in doubt about the mission given to Captain Martin Walker and his subordinates, and at the beginning we are presented with the hypothesis that, as in the excellent Apocalypse Now, here we also have soldiers facing the wrath of a colonel who has lost control and is using his troops to terrorize the locals, having become something of an idol.

In addition to putting us in many situations where we must make choices where none of the options seem morally correct, Spec Ops: The Line becomes fantastic mainly for throwing the atrocities of war in our faces and unless my memory is betraying me, I don’t I remember seeing in a game something as harsh as the use of white phosphorus as we have seen here.

Add to that the way in which our team’s relationship deteriorates throughout the adventure, in addition to the dark side that emerges in each of the characters, and we have a mature, well-crafted plot that manages to fulfill its objective, to shock the player.

Spec Ops: The Line, is without the slightest doubt one of the most impressive games I’ve ever had the pleasure of knowing, a game that managed to show me very heavy scenes like I’ve only seen before in the cinema in works of art such as the aforementioned by Francis Ford Coppola or Beyond the Red Line, something I honestly didn’t think I’d see in a video game anytime soon and on top of that, we’re still treated to amazing visuals like these.

Yes, Spec Ops: The Line shows us that the end may indeed be our only friend.

Sparklite, but call it “Zelda roguelike”

Children of Morta and the importance of our family