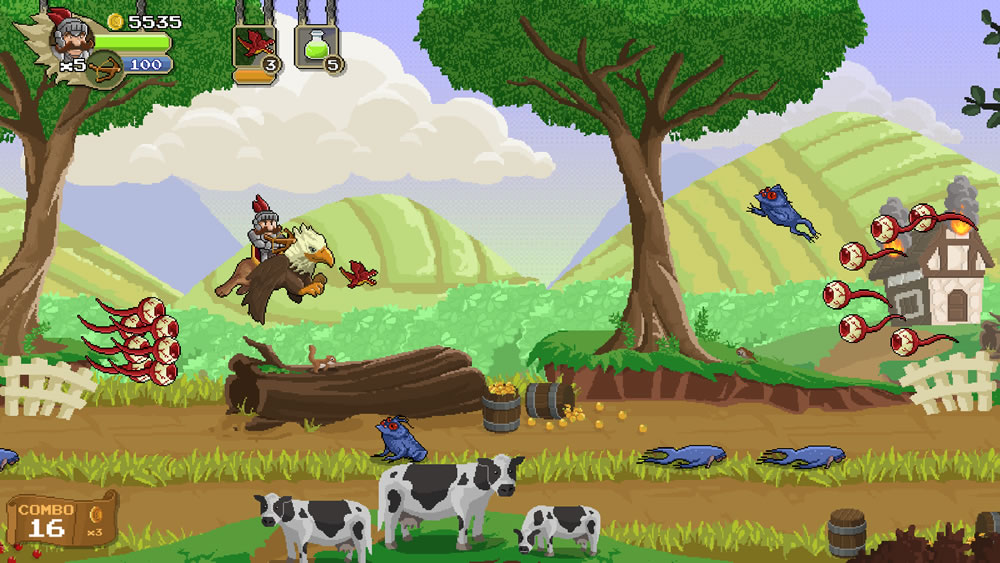 For the up and away!

Update: Added video analysis at the end of the text.

In mid-2014 the Brazilians from Cyber ​​Rhino Studios went to Kickstarter to try to finance the production of their game and thanks to the support of 480 people, approximately a year later they bring us the Gryphon Knight Epic.

Influenced by the classic Shoot ’em ups, the title quickly caught the attention of fans for its graphics in the form of pixel art, but after playing it since the beta version and seeing the evolution it has gone through, I can say that there is much more under her beautiful appearance.

In it we will follow the saga of Sir Oliver, a knight who, with the help of his friends, defeats a terrible dragon that threatens the kingdom. What they couldn’t imagine is that the weapons they took as booty from the battle were cursed, causing the dark side of each of them to be awakened and it will be up to the protagonist to use an amulet to reverse the situation.

Trying to involve the player with a much deeper plot than we are used to seeing in the genre, Gryphon Knight Epic also tries to differentiate itself by adopting elements from other types of games, such as RPGs.

As we advance through the eight stages (which can be played in any order we want) we will earn coins that can be used to acquire items or improve weapons, equipment that will be acquired as we defeat the bosses, an element clearly inspired by the Mega Man series.

However, this is exactly one of the game’s weaknesses, because while “so much” depth is pleasing to bring something new to shmups, it makes the game’s pace much slower than we’ve seen in titles like R -Type and Gradius, as we’ll spend a lot of time reading snippets of the story or browsing the store. 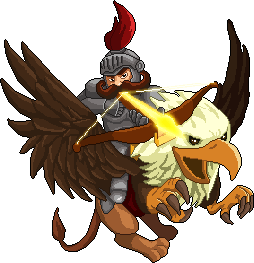 Another detail that may displease some people is the character hit detection system, the famous hitbox. The problem is that any part of Sir Oliver that gets hit will affect him and as the character is relatively large, it will be quite difficult to get through some parts unscathed. This didn’t particularly bother me, after all the game is not a bullet hell, but I understand those who didn’t like it.

It must also be said that initially Gryphon Knight Epic received some criticism for its unbalanced difficulty, especially in the bosses and for the easy mode not offering almost any challenge, while in normal our mission would be quite complicated. However, the studio has made adjustments through constant updates and this has made the game much better.

Although I really like games of this style, I can’t consider myself a typical hardcore player of them, which maybe made me enjoy the title without worrying too much about some aspects that bothered the most demanding, an audience that doesn’t seem to be the target of Cyber Rhino with this creation.

Deserving praise for trying to bring something new to the genre, for its soundtrack that helps to create the fantasy atmosphere and for having very beautiful graphics made with good old sprites, Gryphon Knight Epic is perhaps more recommended for those who don’t know much about “ship games”, but its mix of genres can please even those who know the style a lot and are looking for something a little different from the typical futuristic setting.