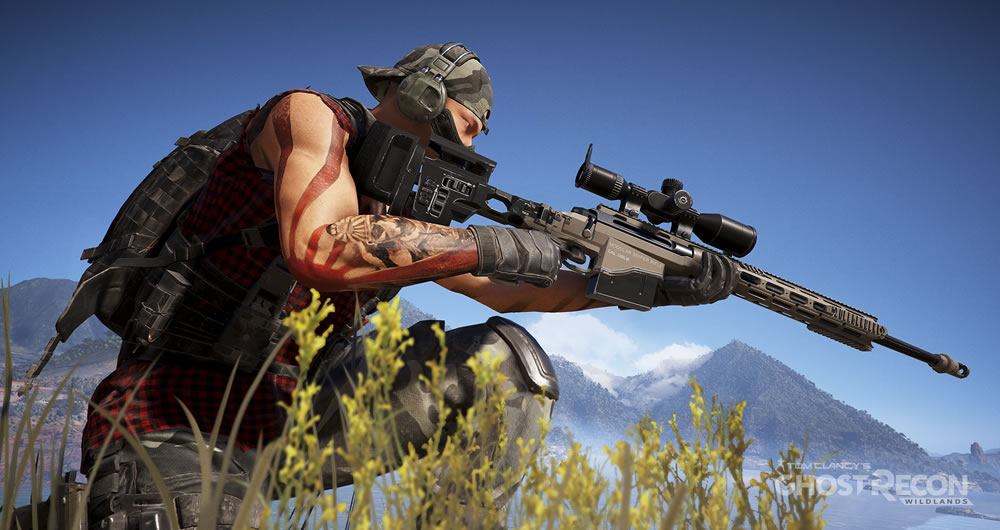 Lately, one of the things that has fascinated me the most about games is their ability to allow us to create our own stories, to play the way we want or have fun in unusual ways.

In this sense, open world games are usually the ones that give us the most freedom and one that has entertained me a lot is Tom Clancy’s Ghost Recon Wildlands. Offering us a huge Bolivia-based map to explore, the Ubisoft title rarely imposes limits on us, and when I realized that it recorded the distance of the longest shot we hit, I knew it could become an obsession.

The reason I think like that is that I always try to play like a sniper in action games, and after doing some missions, getting better weapons and seeing my mark increasing, I decided I wanted to know how far I could go.

So I started doing some tests, until I found a place where I could hit an enemy from more than 500 m away, a number that would be almost double what I had achieved so far and with the new personal record established there, I needed more . The big problem is that after 600 m the game started to stop rendering the characters and so I thought of a solution.

When playing with a friend I could ask him to tag the Santa Blanca dealers while I waited at a distance and the one called up for this task was Gustavo “Tango” Vasconcelos. After explaining what he wanted, he had an even better idea: kidnap the target and carry him to a nearby bridge, which would be just over 700 m. A few minutes later he announced that he had the bandit in his hands, so I lay down on a vehicle next to me, took aim and shortly after shooting, I heard Tango saying that he didn’t know why the guy had fallen to the ground. . Yes, I hit the first shot!

A few days went by and I got that in my head. I wanted to try to expand that brand more and last night I invited him to something, shall we say, more daring. While waiting for him on top of a hill, I saw a village located far away and with the binoculars I discovered that it was 1.4 km away. Could I get a shot that far? Would the game accept such madness? It was definitely worth a try.

Then the preparations began. Tango managed to catch a guy who had strayed from the others and after bringing him to a more open place (again a bridge), I started to test the distance. The big problem is that because I was so far away, I couldn’t see where each shot was hitting and so I needed the help of my shooting buddy. He was telling me where I should move the scope and we came to the conclusion that the easiest thing would be for him to take steps towards where the bullets were hitting. After several attempts, bingo! I managed to hit 1,207 m, a number I never thought I would reach.

But you know how it is, we needed to try to go further and with other enemies in place, we tried to jump straight to a mile. The big problem was that the shots I was taking weren’t reaching that far and after gradually decreasing the distance (and a lot of mistakes), the result can be seen in the video below, where I got 1,257 m.

It was then time to return the favor and that was the beginning of one of the most curious (not to say bizarre) parts of our adventure. The problem was that there were no longer any enemies in the place, which made us go looking for drug dealers to use as a target. I mean, how absurd is two elite soldiers in a car scouring a Latin American country trying to find a live target only to break their records?

Ethical issues aside… After traveling a few hundred meters we found the poor guy who wouldn’t see the virtual sun rise again and with the kidnapping having been carried out, we stuffed him in the trunk and headed to our open-air shooting range, with the Tango heading towards the top of the mountain. From there he also managed to surpass the 1.2 km mark, a feat that filled us with pride.

This could be the end of our story, as we had come to the conclusion that we couldn’t go much further than that, but after some research we discovered that there are weapons that can easily exceed 1,700 m. So, guess what we’re sure to do next time we play Ghost Recon Wildlands?

PS: there are those who say that the Bolivians are spreading the story that the region has been haunted by two snipers who roam the forests looking for bandits to calibrate their rifles, but maybe it’s all just a scary story to keep young people from trafficking .

PS2: I could say that no Bolivian drug dealers were injured during the tests, but…