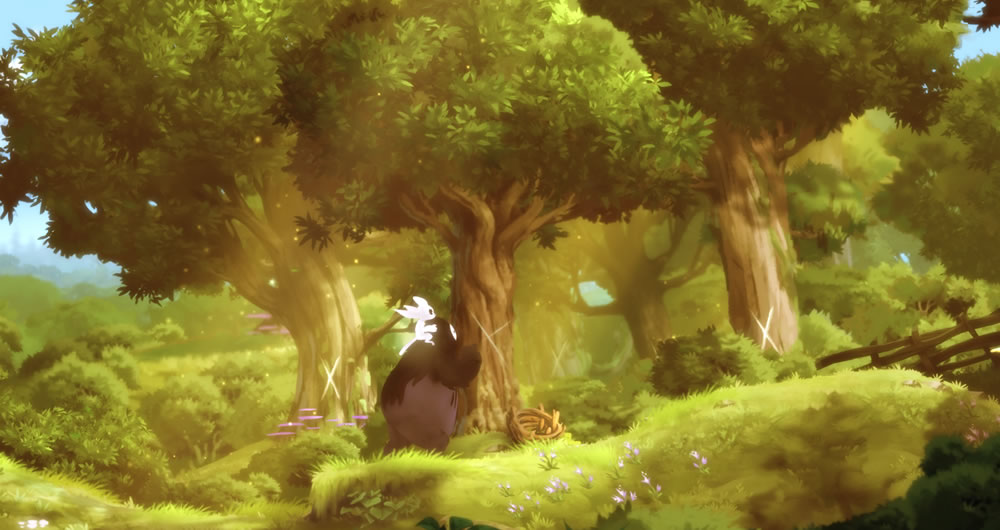 A journey through the enchanted forest

With the success achieved by the first PlayStation and the popularization of games in three dimensions, for a long time I thought that 2D titles had been left behind, a feeling that was gaining strength with the scarcity of productions with this characteristic.

Fortunately the industry took a turn, making it possible for smaller studios to release their creations and even large publishers to give more attention and games that seemed doomed to extinction and one of the genres that benefited from this was Metroidvania.

Characterized by offering us a huge map that to be explored requires us to find certain skills, I fell in love with the style when playing Super Metroid and I have been very happy with the good amount of releases that have appeared on the market lately.

The last one was Ori and the Blind Forest, a creation by Moon Studio that has caught the attention of many people for its beautiful graphics and for its solid and sometimes merciless gameplay.

In it we control Ori, a small being that when arriving in a forest ends up being adopted by a creature called Naru. Shortly after, an event hits his home and it will be up to the protagonist to carry out the arduous mission of saving the place, when he will receive the help of a spirit called Sein.

The curious thing is that even though it is not very original, the developer’s intention is clear to create a good story and charismatic characters at the beginning of the game, however, as the adventure progresses, the plot practically does not evolve, worrying only about taking us from one point of the map to another to gain new powers.

And speaking of abilities, one of the most interesting is the one that will allow us to save almost anywhere, an idea that will prevent us from repeating long distances when we die, but which has a negative side.

The first one is that as the title has few automatic save points, it will be up to the player to remember to do this regularly and that’s why it’s good to be careful, because at a certain point I ended up losing my entire process, simply because I saved in a place where there was no option to escape, in what turned out to be a poor design choice by the creators.

In addition, the system makes us a little uncomfortable, since at certain times we will have to go through certain sections with a countdown and as we will not be able to save these parts, redoing them several times will be quite annoying.

The problem with these sequences is that it all comes down to decorating the path and executing the jumps with almost millimeter precision, something that serves to add a good challenge to the game, but which in the end requires a good memory and a little cold blood.

Other aspects of Ori and the Blind Forest that bothered me a little were the absence of bosses and especially the very simple combat system. Basically it puts us to dodge enemy attacks while frantically pressing the attack button, with the shots working almost in a guided way. 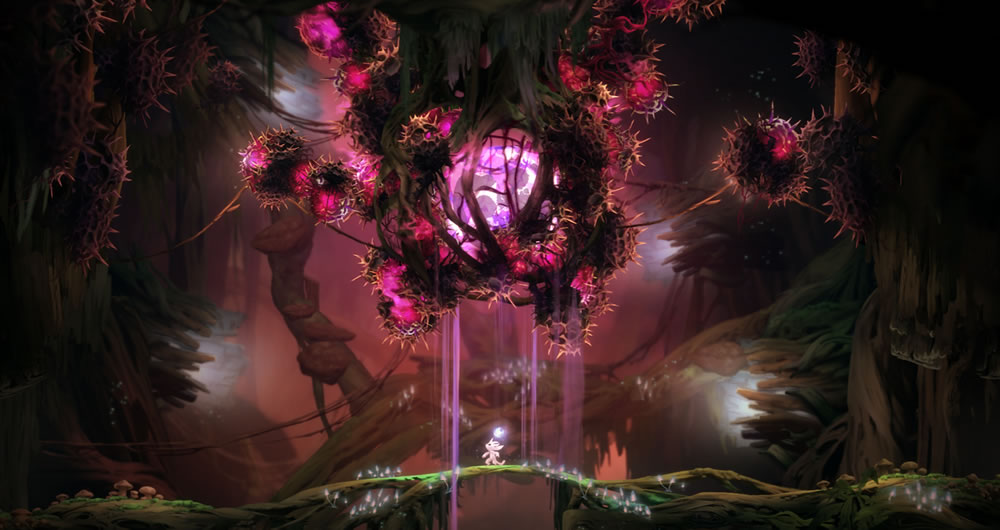 However, none of these small problems are enough to erase all the quality of the game, especially when it comes to its beautiful soundtrack and its spectacular artistic direction.

Ori and the Blind Forest is easily one of the most beautiful titles I’ve played in recent years, with its settings brimming with life everywhere and the animation delivered by Moon Studio giving us the feeling that we’re seeing something made by Studio Ghibli.

With its story loaded with drama, a mechanics that doesn’t innovate, but is very well executed and one of the most beautiful graphics ever created for a game in two dimensions, Ori and the Blind Forest already deserves to be among the best titles of the new generation and that should be played by everyone who admires the Metroidvania style.

Just be careful not to throw the controller at the wall, as it is a game with a difficulty above what we are used to seeing lately, but which in the end will provide you with a fantastic experience.