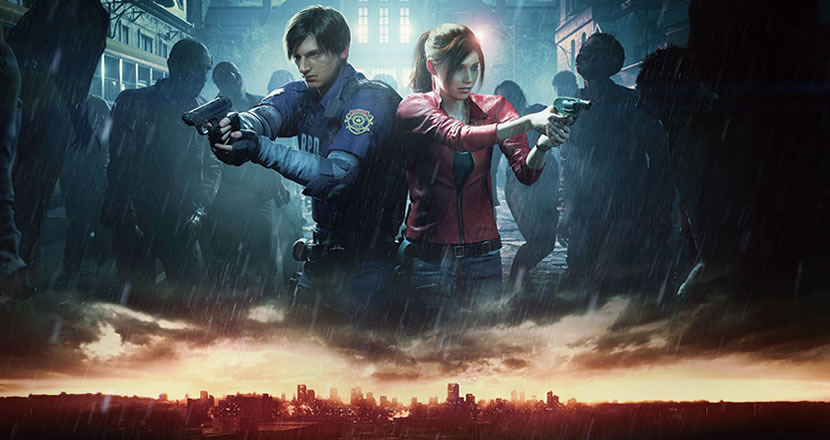 The current generation of consoles popularized the practice of remaking or remastering old games and if for some people this sucks, I have always seen these rereleases as a great opportunity to get to know or revisit some classics. So I looked forward to the arrival of Resident Evil 2 on the most modern machines and luckily the work done by Capcom made up for the wait.

Originally released in 1998, the game continued one of the most beloved series in the industry and when I had the opportunity to play it on my PlayStation at that time, I was impressed by the new features it brought. The main one was the possibility of controlling two characters, the rookie policeman Leon Kennedy or the young Claire Redfield.

Upon reaching Raccoon City, they discover that the city has been devastated by a virus that turns people into zombies and the developer’s big move was to make each one of them have a slightly different campaign. Also, after finishing with one we could continue with the other, when we would see some events from a different point of view.

This mechanic was just one of the qualities that made Resident Evil 2 a fan favorite and perhaps the great merit of its remake is the way in which it manages to stay true to the origin, but still implement some improvements in its gameplay. 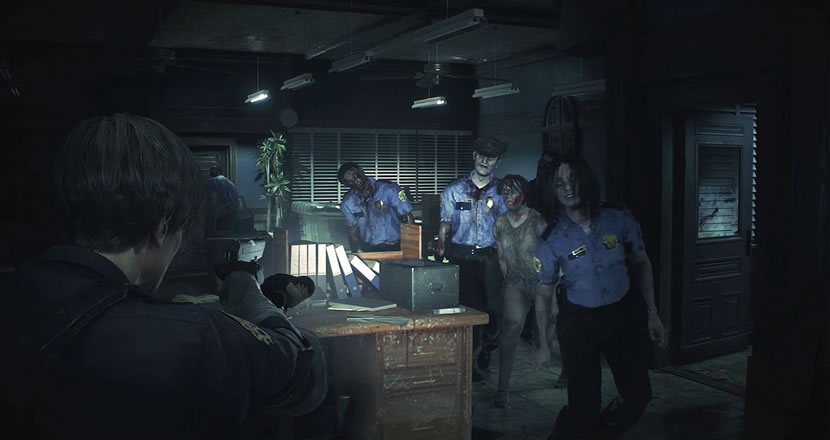 What catches the eye right away is the change from the fixed view to one positioned over the shoulders of the characters. This could cause the game to lose much of the tension of the original, but in addition to continuing to make us afraid to turn a corner, the gameplay gain is glaring. Now we can target specific parts of the zombies’ bodies, which adds some strategy to the matches as ammo is scarce, it’s often better to leave the undead incapacitated than to shoot them several times to try and blow their heads off.

Changing the angle of view also makes the immersion much greater, with exploring the scenery being much more pleasurable. Therefore, Capcom has taken care to recreate each corner of the game as faithfully as possible, and although one element may have been swapped, whoever played the original will certainly remember various environments.

However, the team responsible for the game was concerned with repositioning some enemies, ensuring that new scares are guaranteed and as I played I could feel a fear that was growing as I advanced through the campaign. This is an important aspect, after all the game remains a Survival Horror and although the series has never aimed at the more psychological horror seen in other titles (Silent Hill, Siren, etc), the fear of dying is constant.

In that respect, it’s still worth an addendum and his name is Mr. X. I honestly don’t remember much of the villain in the original, but in this remake the role of the gray-skinned bruiser is something fantastic. Being stalked by a practically invincible monster is a really cool experience and after he showed up for the first time, there wasn’t a moment where I wasn’t afraid to meet him again.

Much of this is due to the fact that the character only appears when we are already well used to the game mechanics, almost relaxed because a good part of the police station map has been unlocked and as it is no use simply going from one room to another to escape, the simple The sound of your footsteps is enough to make us freeze. 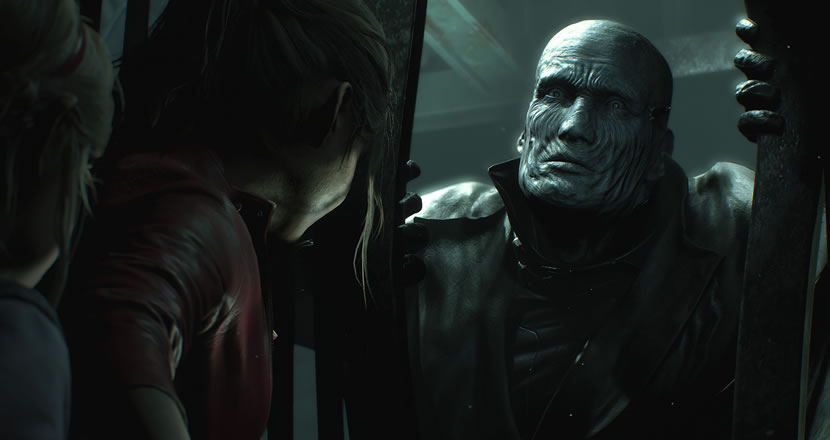 It is also necessary to praise the acting of the voice actors, the facial animation of the characters and especially the way the plot is treated in a much more serious way in this remake. It’s true that the story is shorter in this version, with some points never being explained very well, but just because they eliminated that slapstick tone from the original I’m happy.

This darker approach can be seen throughout the game, with the zombies and death animations probably the most disgusting in the series and the sound effects making the atmosphere much heavier. Interestingly, this Resident Evil 2 never seems to exaggerate violence, with it being shown only when it’s needed.

For those who liked the first chapters of the series, where action was not the focus, this Resident Evil 2 remake arrives as a great option. With beautiful graphics, an excellent atmosphere of horror, the occasional puzzle to be solved and plenty of content to be unlocked, the game can please both old-timers and younger audiences alike.

The expectation now is for Capcom to give the same treatment to later chapters, especially Resident Evil 3 and Code Veronica. If that happens, it will be a huge pleasure to revisit them, but it’s good that the company (and many others) stay tuned, as with Resident Evil 2 they’ve raised the bar and any re-releases with a lower quality won’t be well accepted.