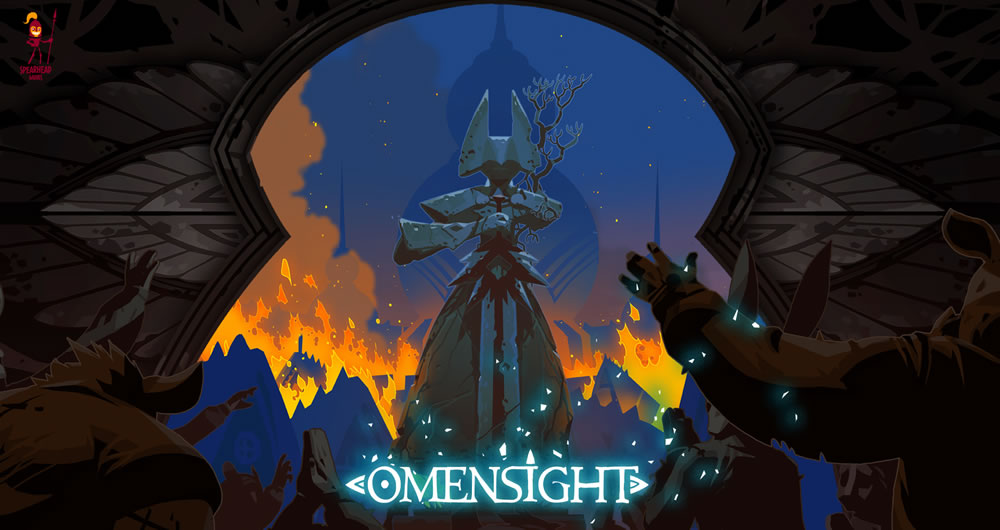 With Stories: The Path of Destinies, in 2016 Spearhead Games showed that it was capable of delivering a good adventure game with an interesting narrative and two years later, the studio is back with another good story to tell.

With versions for PC and PlayStation 4, in Omensight we will be Augury, a mighty warrior who appears in Urralia only when the place is in danger and due to a huge war, our presence is needed. The problem is that the involvement of a dark god made everything worse and so we will have to go back in time, more precisely to the day before the apocalypse.

With the story set in the last hours of Urralia, we will have to carry out an investigation and what makes the game very interesting is the way in which our choices will influence the unfolding of the plot. For that we’ll have to talk to several characters, fighting alongside or even against them and if we’re a little lucky, maybe we can even guarantee a better future for the people of that place.

However, as we can only go back to the day before the fall of that kingdom, the time needed to carry out the investigation will not be enough, forcing us to relive the end of Urralia several times. This may make some consider the game a bit repetitive, but I think the concept is really cool and at least in my opinion, the idea of ​​“Groundhog Day” ends up making the mechanics really cool.

The possibility of meeting different characters and following different paths makes us want to continue exploring, with fragments of the story being unraveled little by little and the plot twists making the mystery increasingly complex.

There’s another point that can be a bit bothersome in Omensight, and that’s your battles. Besides they don’t show much variety, they are often hindered by a poorly fluid camera system. Fortunately, the game has an artistic direction as good as its predecessor, with visually interesting characters and beautiful surroundings, but if you’re looking for a title just for its gameplay, this might not be the most recommended.

In the end, Omensight manages to improve on some elements we saw in Stories: The Path of Destinies and regress in others. It is a game capable of entertaining a lot, especially those who like a good plot, which even though it is not original, is told in a very cool way.

This is the kind of game that won’t revolutionize the industry and that might not even appeal to most of those who give it a chance, but it serves to confirm Spearhead Games’ ability to mix action/adventure with interesting narratives and that already got me thinking in the next titles they will create.

Videogames, a form of incitement to violence or of cultural dissemination?