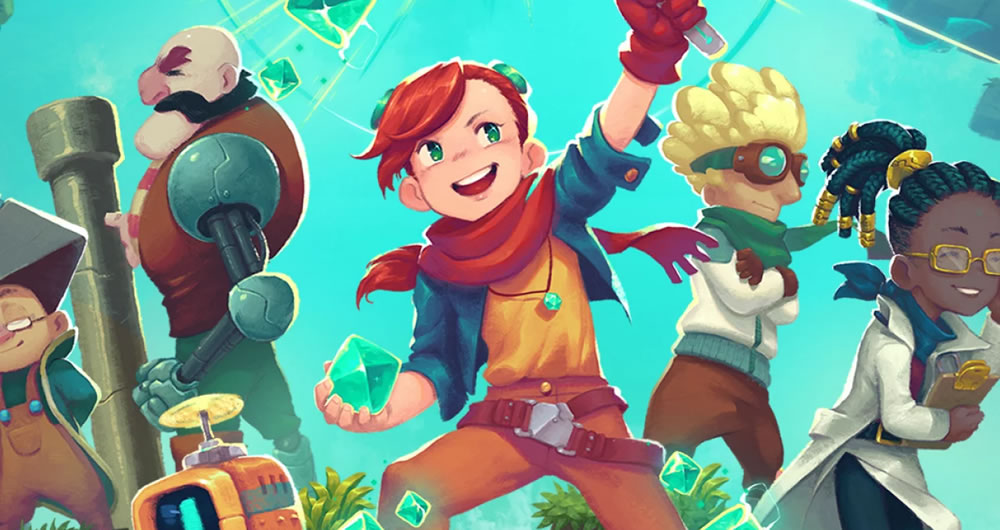 The first time I saw Sparklite images I was delighted. The impression the game gave was that the people at Red Blue Games were developing something very similar to the old Legend of Zelda and after some time dedicated to this indie, I can say that I was both right and wrong.

The beautiful (and peaceful) adventure of Woven The Legend of Heroes: Trails of Cold Steel III – An old-fashioned RPG

In it we will control Ada, a young woman who sees her ship being destroyed while flying over a place called Geodia. Heavily dependent on the blue ore that gives the title its name, the region starts to run into trouble when a guy known as Baron irresponsibly decides to extract the sparklite to feed his machines, which causes the pollution to irritate the animals and unbalance the environment. environment.

Interestingly, to protect itself, from time to time the planet triggers an event that manages to rearrange the surface, causing the sparklite core to change places and the villain having to restart work. However, this also affects the residents, who found a certain safety by creating floating cities and for our heroine, each descent to the ground will make the map different from the previous one.

That’s how the studio managed to create something that follows in the footsteps of The Legend of Zelda series, but also takes advantage of concepts from titles like Rogue Legacy and Moonlighter. For those who like games where death will mean having to restart the adventure, this is a very interesting mixture, but it ends up bringing some problems with it.

The main one is the repetition and the speed of progression, which may be considered too slow by some. Basically, in Sparklite you’ll have to go down to the surface, face the monsters you find along the way and try to collect as much “money” as possible before being defeated. When returning to the city, it will be up to the player to purchase upgrades to have a better chance on the next raid and thus try to advance in the story.

The developer even implemented an interesting system of upgrades, where we have to contribute financially so that some characters can offer us better items, but with time it gets tiring important points just change places on the maps and we have to devote a lot of grinding to get one equipment a little better.

What doesn’t help much is the high level of difficulty imposed by the game, especially on bosses. Okay, not delivering a sugary papaya adventure is intrinsic to roguelikes, but for a long time we won’t be much more than a punching bag, with the slightest slip being enough to lose progress. 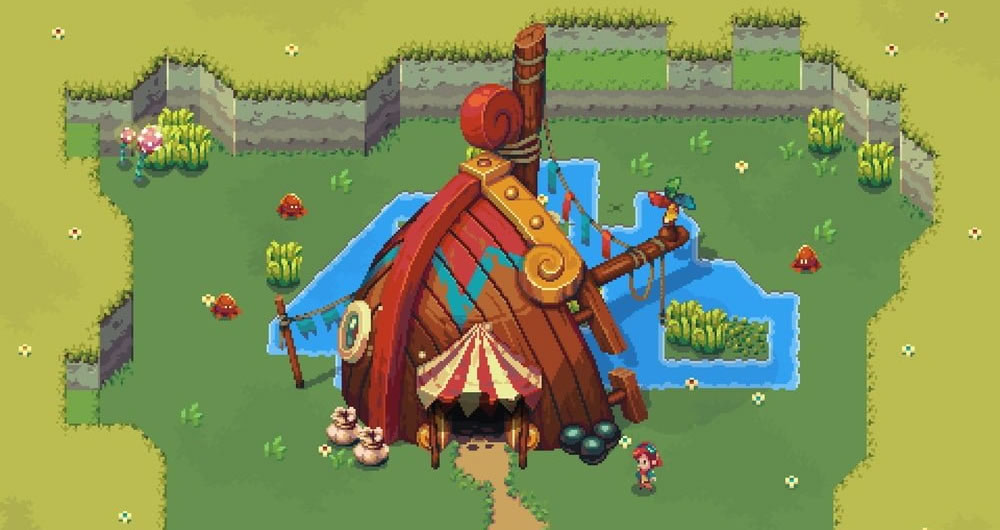 What counts in favor of Sparklite’s gameplay is the fact that it is efficient, with the commands responding quickly and in essence being simple. Unfortunately the same cannot be said of the inventory system, which will need to be accessed many times to choose which item to use and this ends up breaking the rhythm of the adventure a bit. Not to mention the delay for some of them to be used, which in many cases will result in a silly death.

It may seem then that the game is bad and I sincerely believe this is far from true. Even for a title where maps are generated randomly, the beautiful graphics and construction of the scenarios manage to convey the idea that everything was manually placed there and in the end we have the feeling that the studio had a good intention and full control over what you were doing.

Maybe I just tried Sparklite at the wrong time; maybe she just wished he were a clone of The Legend of Zelda; or maybe I’m just kind of sick of roguelikes. Anyway, the truth is that in a way the game disappointed me a little, but I’m sure that sooner or later I’ll give it another chance, because I think the title deserves it.