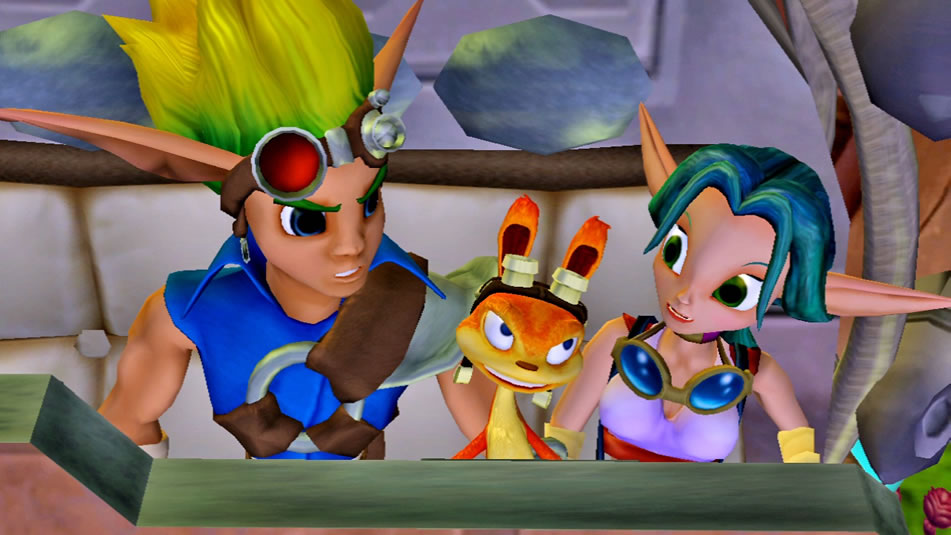 In my opinion, one of Sony’s biggest mistakes in this generation was the withdrawal of backward compatibility from most of its console models, but at least the manufacturer saw that there was a market for the re-release of some Playstation 2 classics for the PS3, which made it possible play some classics from the old device.

Among the various collections released, one of the ones I was most curious to play was the Jak & Daxter Collection, for not having given the trilogy a chance and for having always heard a lot of praise for it. Now that I’ve finished the first chapter of the franchise, I’ll leave here my impression of it.

Originally released in 2001, Jak and Daxter: The Precursor Legacy was Naughty Dog’s first game after the Crash Bandicoot series and as soon as we started it, it’s evident that the studio had a certain difficulty in letting go of the roots founded by the game that was born on the first Playstation .

From the visual style to the gameplay, through the humor and especially the sound, it’s easy to see the similarities with the brand that today belongs to Activision, not that this is a demerit.

This Jak and Daxter, however, try to bring some innovations, such as sections in which we control a kind of flying motorcycle, however, where he manages to distance himself even from his source of inspiration is in the practically open world, where each sector represents a phase and all are interconnected. , without the player seeing any loading screen.

Throughout the adventure we will be looking for items that collected can be exchanged for others and that are consequently necessary to advance in the story. The problem is that after a few hours scouring every corner of the scene the task becomes tiring and as the camera doesn’t help most of the time, trying to hit a few jumps is something that can make you lose your patience.

Graphically, the game is still impressive, even if we disregard the visual upgrade to 720p, and the developer’s work stands out for the length of the stages and for being a game that is more than 10 years old.

The impression I had is that with this game Naughty Dog was just trying to figure out the paths they would like to take with their new series and many elements are either experimental or reused from previous works.

I have to confess that by 60 or 70% of the adventure I was already a little bored, maybe because its plot wasn’t very exciting and now my hope is that the other two chapters included in the package are better, because I’ve already seen people say that the first was the one that aged the worst. Also, from the art of Jak 2: Renegade and Jak 3, they seem to have followed a darker style of their own.