Yeah, I think I like to start texts with meaningless phrases, such as: “okay”, “so”, “hello”… So, this is another pointless text that focuses on talking about the madness of each one of us .

Forgive me academics, psychologists, psychiatrists or any experts who make it to the end of these writings. By the way, stop here, this text is not for you.

In these two stories – not recommended for children – we know a little about the Joker’s nonsense and its possible origin. The Joker is cruel, inconsequential and his thesis to be proved is that any man pushed to the extreme of his sanity can become a new homicidal maniac. In each of these stories, key characters are tested and the outcome marks the entire story of Batman.

If you’ve read these stories, I don’t need to warn you about spoilers anymore.

You already know the Clown Prince of Crime and there are no safe levels to judge what the Joker is capable of. Master criminal, versed in chemistry, biology and with the muscular strength that only lunatics in their madness are capable of manifesting, there’s no way to predict what the writers at Warner will do to surprise us.

In the first game, the story tells how the Joker tricked Batman just to enter Arkham Asylum and create his fortress there. We face off against iconic Gotham City villains such as Poison Age, a famous botanist who doesn’t have a good eye for anything other than plants; the Crocodile that hides in the sewers and has no dietary restrictions; Harley Quinn, in love with the Joker and capable of doing anything for her “Pudinzinho” and the best puzzles seen so far with the villain Scarecrow, where the fear drug injected into Batman’s jugular forces him to face his greatest fears.

There would be a lot to say about this first game, but I believe that being one of the best of the last generation, it’s not fair to spoil the surprises.

The second game continues a few years after the first. Influential politicians supporting the mayor resolve that the Asylum incident demonstrates the entire inability of Gotham Police to deal with these unusual villains. Part of that resolution meant closing the Asylum and much of Gotham City, creating a specific ghetto to leave the undesirables to their fate. Each supervillain recruited the lesser bandits who entered Arkham and so the factions grew stronger in numbers and with underbosses better prepared to face the Bat.

We find most of the villains from the first game, with the notable exception of Scarecrow, all villains appear in one way or another in this game that leveraged the qualities of the first Arkham. New villains, as already said, new mechanics, a wider terrain to explore, new “Easter Eggs” and references for comic book fans to delight in the creativity of this studio that rivals others more consecrated by fans. 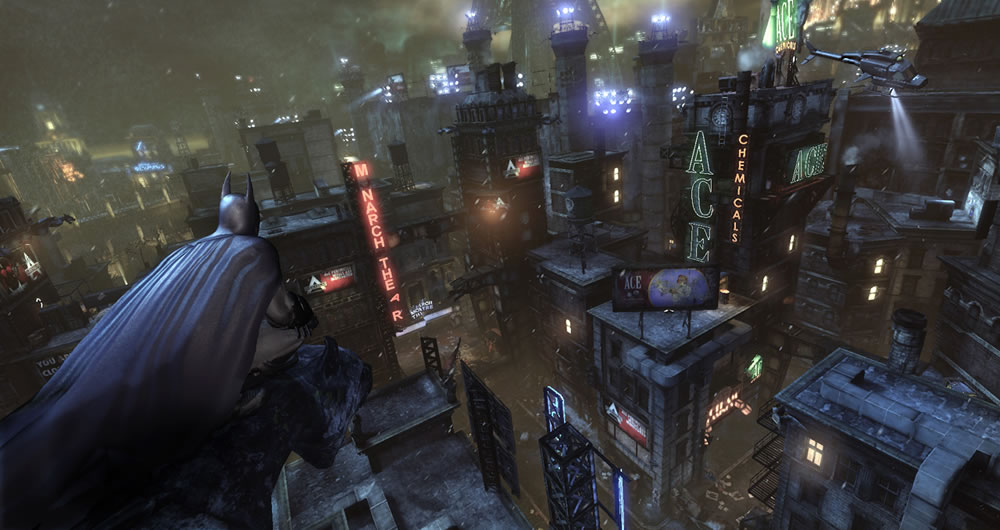 The story is exquisite and keeps you on the couch. As you search for a cure for a mysterious disease that infected the Joker after overusing the Titan, we must fight against time and odds to save Batman (who will also have been infected by the disease) and Gotham’s hospitals. Yeah, I’m not sure how much blood the Joker has in his body, especially being skinny like that, but he manages to spread several bags of contaminated blood around the city and unless Batman gets the cure for himself and the Joker, no one you will be safe in this dark city.

We meet Hugo Strange, a brilliant man who knows Batman’s true identity and threatens to release it to the press, we have Catwoman as Batman’s occasional ally wearing skin-tight leather clothing; Victor Zsasz, still reserving space on his body to mark a scar in honor of Batman’s death; Solomon Grundy, Mad Hatter, Ra’s Al Ghul, and as many as Google will allow me to remember.

Once again I paused my life for weeks on end and dedicated myself to solving this pearl of the past generation.

Now I’ve forced myself to break all my promises from last year.

I’m broke, with a lot of games in the queue and without a horizon that allows me to visualize the end of my game backlog, but still, I couldn’t resist the announcement that the price of consoles would go up in November of 2015. So, I talked to my wife about the fear I had of leaving the last opportunity to buy a current generation video game at a fair price and we decided to tighten the budget to fit the purchase of Xbox One.

I bought it in view of the possibility of playing the last game (so far) of the Arkham saga and the game accompanied my purchase :). I won’t go into details about the console, the story surrounding this acquisition or any blah blah blah. What matters here is that Batman: Arkham Knight continues to amaze me.

Its beginning already slapped me in the face.

We started with an audacious rite that could only be compared in terms of courage with the “baptism” that introduces BioShock Infinity. I was awestruck by this rite and wondering which paths the story would take. How would the story unfold after the events of Arkham City?

A methodical new villain with intimate knowledge of Batman’s techniques and weaponry emerges to help Scarecrow wreak havoc in the city. The self-proclaimed Arkham Knight has military knowledge that would leave Paton baffled, equipment that would make NATO put the Tomahawk between its legs and slip away. 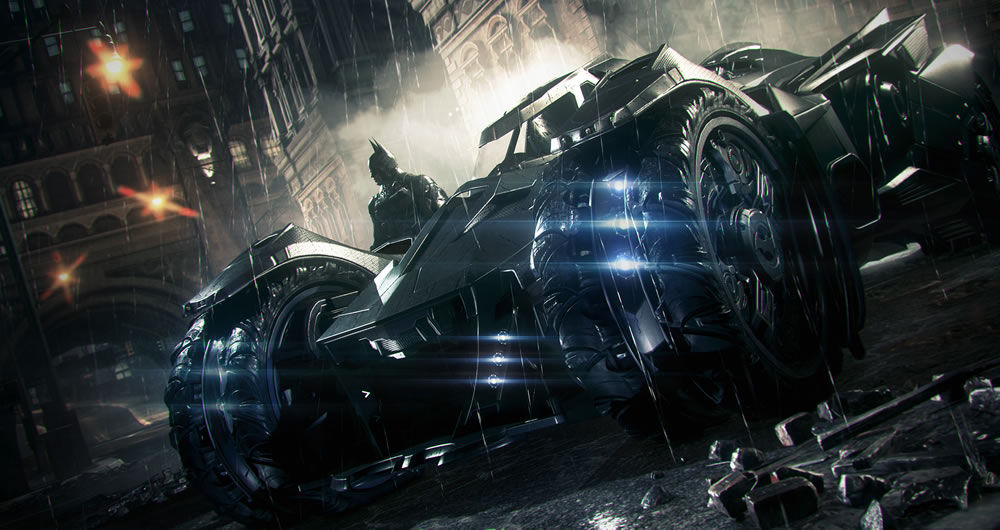 To counter the ingenuity of this new Nemesis, the more life-giving-than-cool Batmobile is used for the first time in the series. It’s not free to use, we have exclusive missions for the use of the Batmobile and some that involve Riddler challenges and are very fun.

In addition to the normal story, I have the side missions that enrich and extend the experience, and the DLCs, which again are not just slot machines 🙂

Thanks Warner for this Christmas present 🙂 (Yes, I bought it for Christmas :P)

And for those who haven’t started playing, read the magazines I recommended first. Recognizing referrals will leave you with a smile on your face.