Few franchises have given me as much joy in the current generation as Gears of War, and so I was eagerly awaiting the chapter that would end the trilogy, showing what happened to Delta Squad and possibly paving the way for a new story arc. With the third Gears finished, I can’t hide a certain disappointment with the creation of Epic Games.

With an unprecedented support for 4 people, the game’s campaign promised to be the biggest and most epic of the three, but after having faced it, that’s not what I found.

In the beginning, I was surprised by the absence of the Locust, or rather, the absence of the enemies in their traditional form, since for a while we only faced the Lamberts, the Locust that underwent a genetic mutation. However, a few minutes after starting the game I got interested in it again when I saw that the developer had found an interesting way to tell a little more about one of the Delta Squad members, showing the first phase from another point of view, but this resource unfortunately was not used again during the adventure.

It was nice to get to know Cole Train better, but it shouldn’t have been the only one.

It’s weird, but everything that made the other Gears games fantastic is also present in this third episode, but surprisingly I couldn’t get excited about the main campaign.

It seems that it all boils down to rooms where we always face the same enemies, and then we go through some corridors and the process repeats itself, not that in the previous ones it was different, but here it becomes more evident. The feeling I had is that the development team was on autopilot and with the exception of a situation halfway through the game, I don’t think there will be any moments that will be etched in my memory.

That said, it may seem that Gears of War 3 is a bad game, which couldn’t be more wrong, I just think that because it’s a title that ends a trilogy, it should have a longer duration and more moments capable of make one’s mouth open and perhaps the big problem of the plot is to focus too much on the personal quest of Marcus Fenix, making it seem that the war against the Locusts is not that important and missing the main characteristic of the franchise, the idea that we are participating in something of enormous proportions. 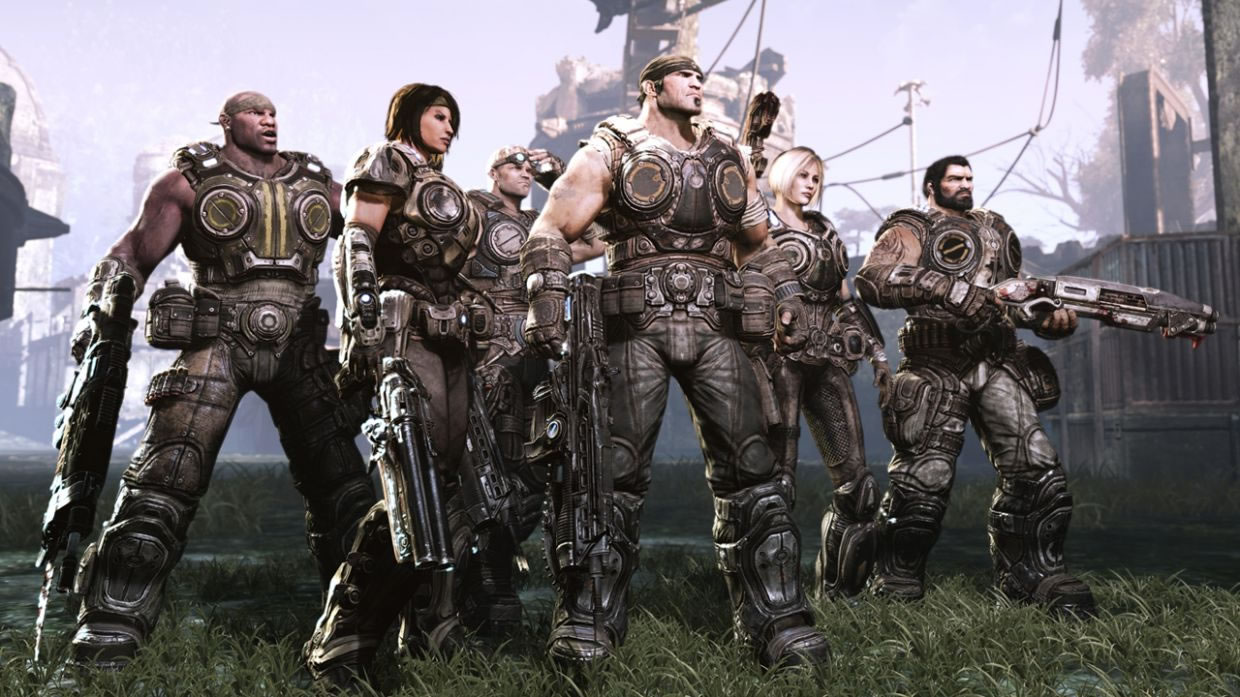 Thanks Delta Squad, it was nice meeting you.

It is true that the game has several innovations, allowing us to mark enemies so that the computer can focus its attacks on them, the Silverback armor or the possibility of taking weapons with the other characters, which can make missions a lot easier, but I admit that I used it very few times. both functions. Beast mode also struck me as fun, as it follows the style of Horde mode, but putting us in control of the Locusts.

As for the graphics, Epic’s work is to be praised, with more realistic lighting effects and particles. In the end, Gears of War 3 is very good, I just thought that its main campaign is the weakest in the series, mainly because it has a very shallow plot and almost no outstanding moments. Maybe I had too high an expectation for the game, but interestingly I did the same with the second one and it didn’t disappoint me.