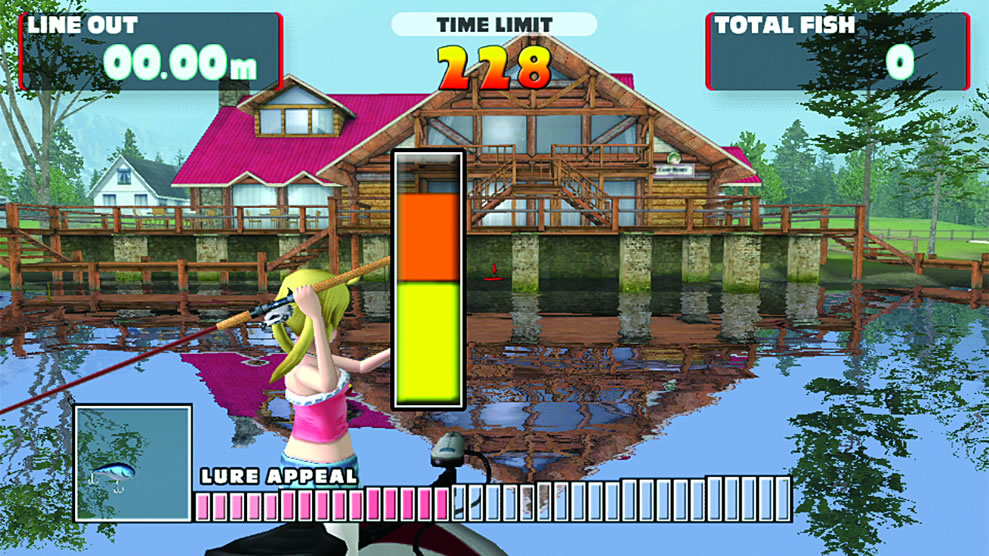 When I was a child, one of the things that filled me with anxiety was the weekends when I would go fishing with my father and grandfather. All that process of waking up at dawn, traveling for a few hours to the lake where we used to go and especially, spending the whole day in the company of people I liked was something fantastic.

I think that’s why I’ve always wanted to find a video game that could replicate some of that experience and with the recent arrival of Let’s Fish! Hooked On to PlayStation Vita through Brazilian PSN, I thought it might be what I was looking for, but unfortunately I was wrong.

Developed by SIMS Co. and counting on its team with professionals who created titles such as SEGA Bass Fishing and Ape Escape, the title has an arcade gameplay where in World Tour mode we can choose between four characters, so we can visit different places in search of becoming the greatest fisherman in the world. world.

To try to win over the player, Let’s Fish! Hooked On features illustrations made by artist Akio Watanabe and a plot that follows the style of anime, where, for example, one of the characters just seeks to follow in the footsteps of his famous father and another is a mystical girl who tries to bring peace to the world through fishing. , that is, we can expect several unusual situations.

However, what really bothers the game is the lack of depth in its gameplay, because although it offers us several different types of bait, the process of fishing soon proves to be quite repetitive, forcing us to always perform the same movements and after mastered the technique, we have practically no challenges ahead.

In addition, we still have an uninspired soundtrack that sometimes made me feel like I was inside an elevator and finally, only four game modes, one of which is a confusing tutorial and the other is a to see the fish.

Let’s Fish! Hooked On is a game that had a lot of potential to be fun, but it lacked greater variety in gameplay and modes that would increase its lifespan, such as participating in online competitions.

If you’re looking for a casual game that brings some history and/or likes fishing, this might be a good option, even because it’s the only one on the laptop, even so, know that there’s a good chance that the same thing happened to you as happened to me, that is, to be frustrated.