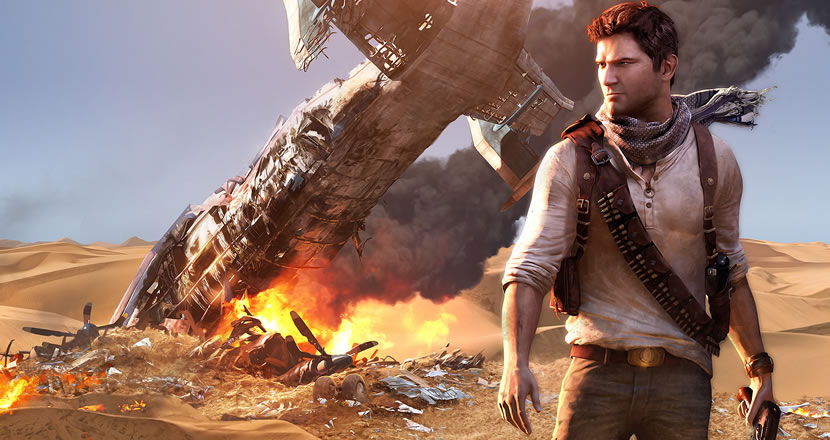 From El Dorado to Iram of the Pillars

Unlike what I did in the 80s and 90s, nowadays I rarely finish a game more than once. Too many releases, too little time… What always crosses my mind before looking at a title I already know is: why “waste” time with it, if I can meet something new?

This made me a bit repulsed by the wave of remasters that has swept the industry in recent years. OK, for a company to re-release a game that appeared a few generations ago seems to make sense to me, but to do that with something that originally came out for the PlayStation 3 or Xbox 360?

However, when I bought a PlayStation 4 and with it came a copy of Uncharted 4: A Thief’s End, I started to consider the possibility of acquiring The Nathan Drake Collection and yes, that would be quite controversial. The problem is that I had already finished the initial trilogy on Sony’s previous console, even with the discs remaining on my shelf. So why invest again in buying games I already own?

Well, the truth is that for some time I had been thinking about playing Nathan Drake’s first adventures again, as I didn’t remember much that had happened in them and seeing that the trio of remasters would only cost me $20, I decided that it was worth going against my convictions.

Being able to recall the three games with better graphics and a higher frame rate seemed like the ideal incentive to re-embark on such titles, and once I did, I would be ready to meet the much-touted ending to the story of the Naughty Dog explorer.

So I decided to start Uncharted: Drake’s Fortune, innocently thinking it would be just to see how the remastering work done by Bluepoint Games had turned out and when I realized, I was already watching the names going up on the credit screen. Taking advantage of the momentum, I moved on to the second and then the third chapter, an experience that makes me change my opinion about the series a little.

Incentive
In addition to offering remarkable experiences, the series also has the power to encourage the player to know a little more about the story, even if it uses fantasies or situations that we know very well would be impossible in the real world — and that is very good!

I always held to the idea that Uncharted 2: Among Thieves was the pinnacle of the franchise, with some of its scenes — like the train one — being unsurpassed, but today I think a little differently. For me, if Uncharted 3: Drake’s Deception didn’t manage to surpass its predecessor, at least it is on the same level, with the campaign counting on an even greater number of memorable situations.

From the initial scene where we follow a young Nathan Drake to the plane crash, there are several passages worthy of the best action movies, with the game engine still shining in moments with the fire in the chateau or the wreck of a ship controlled by pirates . The impression is that the developer did everything possible to fill the game with jaw-dropping moments and I believe the objective was achieved.

I even agree that when it comes to plot, putting us to follow in Marco Polo’s footsteps in trying to find Shangri-la may have worked better than retracing the path of archaeologist TE Lawrence “of Arabia” in his quest for the known lost city like Iram of the Pillars. Still, the game has so many successes that I can no longer see it as inferior to the second chapter. 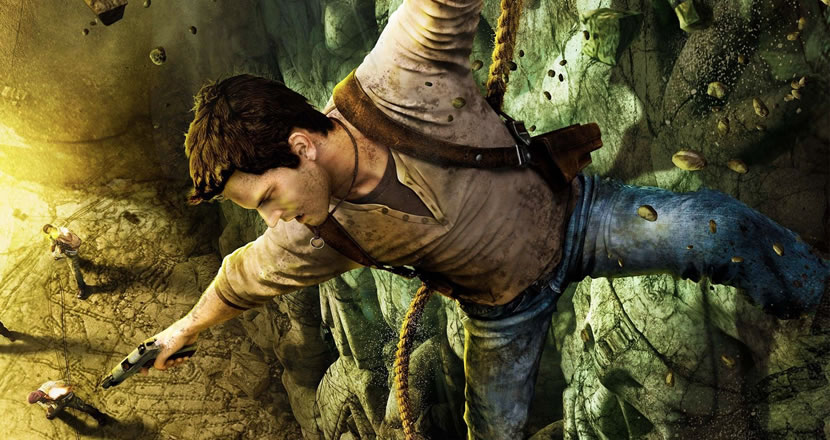 Being able to play the trilogy on Uncharted – The Nathan Drake Collection in sequel also made me realize how inferior to the other two is Uncharted: Drake’s Fortune, a game that undoubtedly has its merits, but looking now in perspective, it feels like he those involved in creation were just testing the ground for something much greater. Everything in this chapter turns out to be inferior to the titles that followed it, from the graphics to the mechanics.

And speaking of gameplay, being able to try these games again has reinforced a gripe I have for Naughty Dog, which is the somewhat simplistic way their games work. In general, their works are like endless sequences of corridors interspersed with rooms full of enemies, a strategy they use tirelessly, but which ends up leaving us a little sickened by the lack of variety. It’s true that this feeling is better masked as we move forward in the Uncharted series, but deep down they remain there.

This little nudge aside, the fact is that it was sensational to be able to play the Uncharted trilogy again and if I already loved it before, now I can say that I became even more fans. So let Uncharted 4 come, but that’s a matter for another time.

The beginning of the Jak and Daxter saga