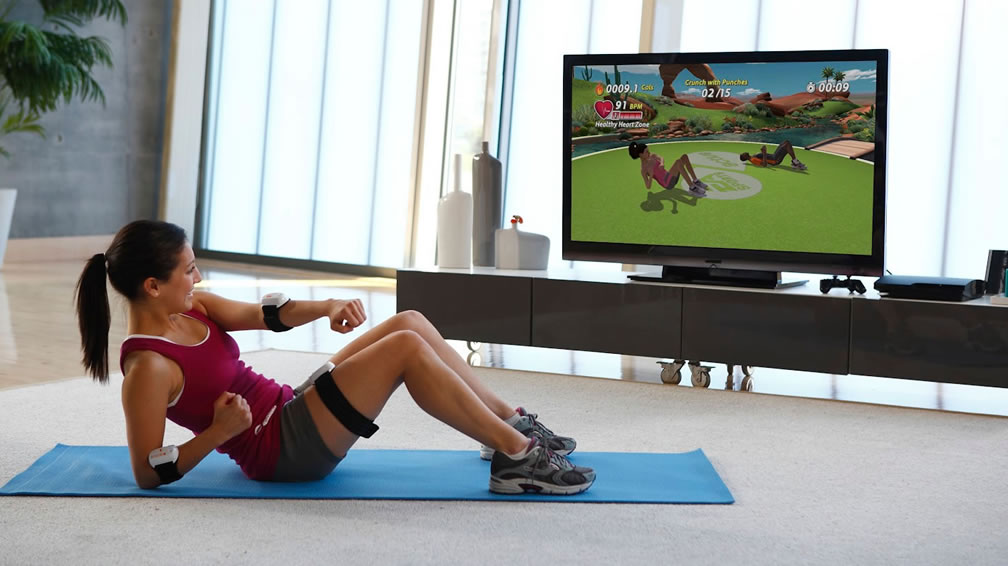 For many years some people associated video games with a sedentary lifestyle, but since the current generation of consoles began – this one formed by the Wii, PlayStation 3 and Xbox 360 – this scenario has changed, as a new way of playing has been introduced.

Who started this revolution was Nintendo with the Wii. As the device brought an innovative control based on the detection of the movements made by the users, people soon realized that the novelty would require some physical effort and it only took a few minutes to burn several calories and leave our arms very sore. Developers, in turn, saw a new market there, that of games for those who wanted to get in shape without leaving home, and the video game maker itself launched Wii Fit, a game that accompanied a kind of board where the user needed to get up and from there. perform your exercise session.

Faced with such success, Sony and Microsoft have also launched controls with motion sensors and in addition to several titles that put players to dance in front of the TV, which can prove to be quite tiring, several others seek to bring a gym into people’s homes. and even Nike, the world’s largest sporting goods maker, has entered the business, releasing a game for the Xbox 360 that plays the role of a virtual personal trainer.

But most important of all was the stigma that these games helped to break down and today many researchers defend the idea that video games can be extremely useful in the recovery of patients who have suffered certain illnesses or survived accidents and who are in recovery, in addition to improving the quality of life for seniors and today we see several studios offering settings that make their creations more accessible to people with certain disabilities, such as color blindness.

This quest to make electronic games healthier only tends to grow and in the United States there are organizations such as Games for Health, which are dedicated to this task and to show that if before, games were seen as one of those responsible for creating a generation obese, can now be an excellent tool to help health professionals.

This is another article I wrote for the newspaper O Campolarguense and which was published in the April 2013 edition. Previous texts can be found here:

Videogames, a form of incitement to violence or of cultural dissemination? The fantastic dream factory

Do androids dream of electric sheep?