Working with adaptations is complicated. Almost always those involved are met with the wrath of fans and this happened with the competent Frank Darabont when turning the comic book The Walking Dead into a TV series. Shortly after, Telltale Games came and decided to put us in the midst of the undead in a game and contrary to what many predicted (myself included), the result is at least spectacular.

In a smart way, the studio did not stray from its roots and created an adventure disguised as an action game in three dimensions, allowing us to take the protagonist anywhere in the scenario, but with some limitations. Basically, it’s just a point and click, where we have to collect objects to solve puzzles so we can continue the adventure.

When I saw the first trailer with the game’s gameplay, I got a strange impression, thinking that everything worked in a strange way, but after a few minutes in the game I could see the brilliant way in which the developer managed to bring action and suspense to an adventure, evolving the genre and delivering a great title.

Action in an Adventure? Yes, it is possible!

However, even with a very good gameplay, it is in the plot that The Walking Dead stands out. The dramatic load of the game is way above average and at all times it makes us wonder what it would be like to try to survive in a situation as traumatic as a zombie apocalypse. Add to that very well-built characters and the fact that we often have to make tough decisions, and an adventure that will stay in our memory for a long time is ready.

Telltale’s excellent work on the technical side must also be praised, with voiceovers that help create a tense atmosphere and very beautiful graphics, giving us the impression that we are watching a comic book in motion. It’s true that facial animations often look a bit over the top, but that doesn’t really spoil the end result. 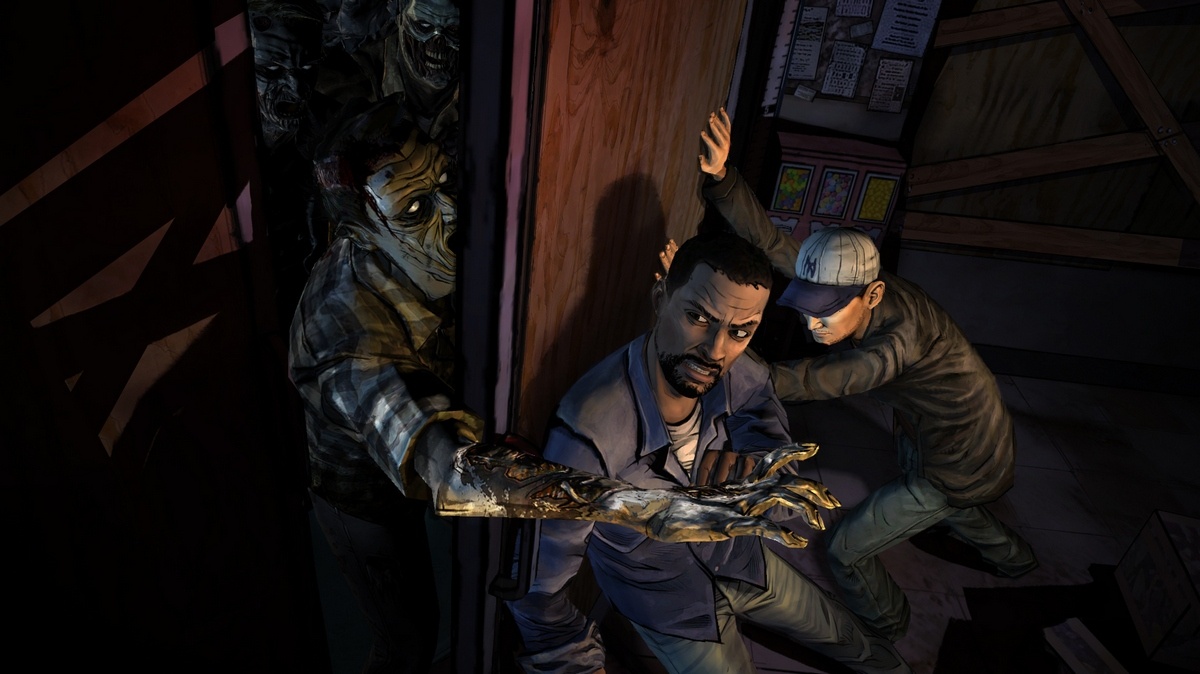 As the game is full of moral choices that we will have to make, a great trick of the creators was to show us a graph at the end of each episode with the percentage of the paths that people chose and it becomes almost impossible not to want to play again just to see what would have happened if we had made other decisions.

The Walking Dead is a highly recommended game, whether for those who like the theme, who are looking for a great adventure or simply want to know a good story brilliantly told. With the first episode finished, I’m now moving on to the second and already looking forward to seeing what my choices will turn out to be.