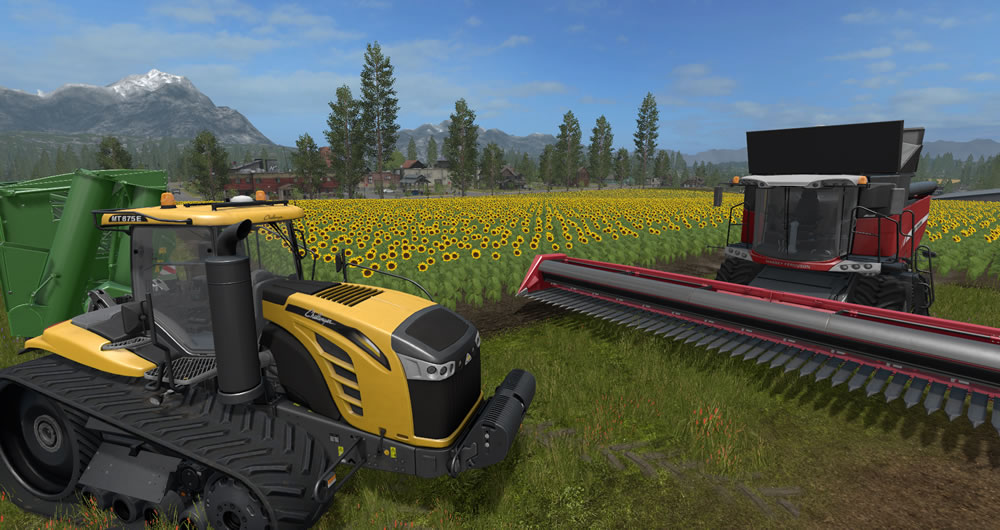 The Farming Simulator series has always caught my attention and due to the recent release of the latest edition of the simulator by Giants Software, I decided to give it a try. Lo and behold, after a few hours spent with the game, I’m not quite sure what to think about it.

Initially the impression was the best possible, with your tutorial having me completely hooked. Knowing how to prepare the ground, the depth offered by the game and learning how each machine works was something amazing, especially that last part.

Doing anything in Farming Simulator 2017 requires a lot of attention, with various equipment available and each one with different configurations. Learning every detail was a really cool experience and as soon as I finished one tutorial, I would run to the next one to see what would come next.

After that part of learning, it was time to finally have my own farm, to try to make the business prosper and see why so many people love the franchise. The expectation was high, but it was enough to face the first minutes in the campaign to see that it wouldn’t have what I imagined.

The first problem arose when I realized that the game would not guide me like in the tutorials and without knowing what to do, I spent a few minutes wandering around the map just to try to understand what my role would be in that virtual world.

So I tried to take care of a field, but the situation did not improve. Moving the machine from one side to the other to harvest the crops and then prepare the ground proved to be a lot more tedious than I could have thought, even if it was something quite predictable.

Here’s an observation: I’m not new to simulation games, and one of my favorite titles is Euro Truck Simulator 2 and anyone who has played it knows that action is far from being one of its qualities. Therefore, I believe that the length and complexity of Farming Simulator 2017 shouldn’t be something that bothers me.

That said, I have to admit that maybe the problem wasn’t exactly with the game. Maybe I wasn’t patient enough at the moment to face it, maybe it demanded more than I expected or maybe your tutorial just gave me the wrong impression, but the fact is that at least for now I think I’ll leave it aside. .

I sincerely hope that one day I will try my career as a virtual farmer again, but until the will to do so awakens, I think I will continue here preferring to explore the roads of Europe.

Hit or Run in Hong Kong